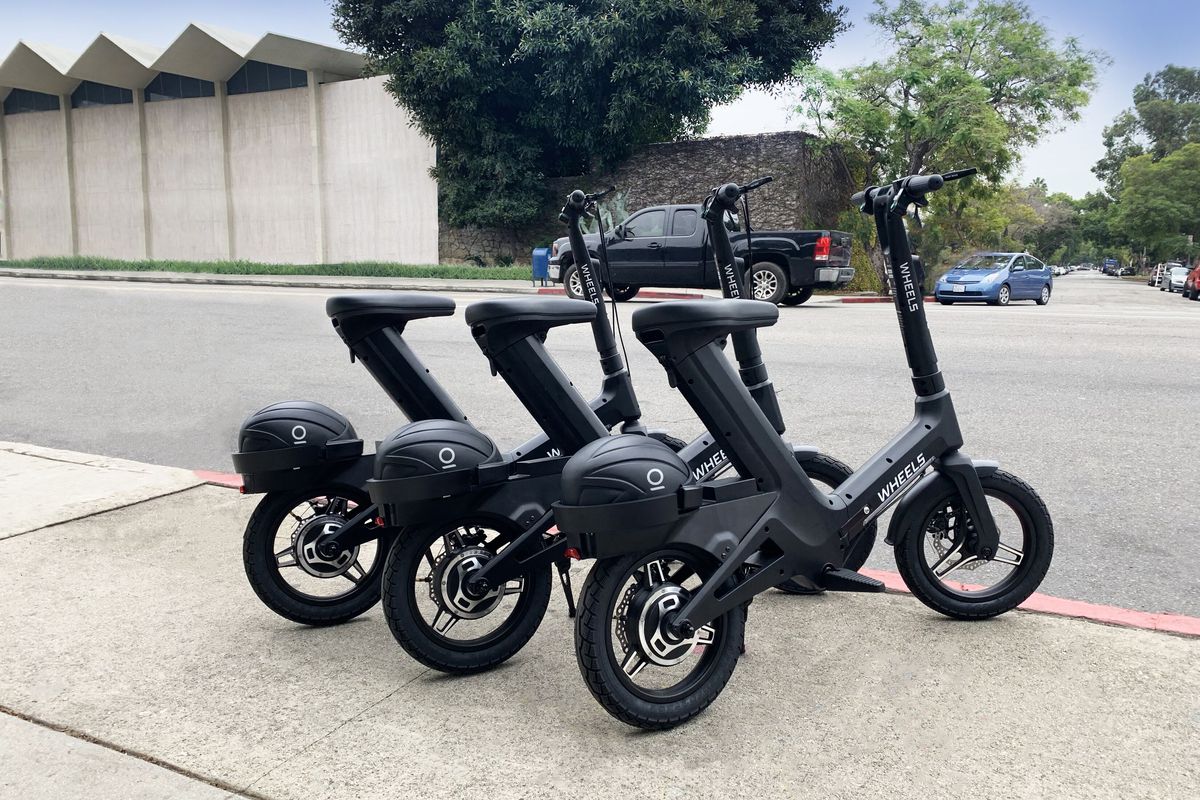 Wheels, an electric bike-share startup with operations in half a dozen US cities, has redesigned its two-wheeled vehicle to include a special spot to hold a helmet. The helmet is locked to the rear rack of the bike and is free for riders to use.

The helmet can only be unlocked via the Wheels app. And for those concerned about lice and germs, a peel-off biodegradable headliner is included in each helmet. Wheels says that magnetic Reed sensors in the bike “recognize when the helmet is being used.” And the company is offering riders a 20 percent discount for using the helmet to first-time customers.

Wheels has electric bikes in service in Los Angeles, San Diego, Miami, Dallas, Austin, Scottsdale, and Cleveland, as well as Stockholm, Sweden. The company was founded earlier this year by Jonathan and Joshua Viner, brothers who also founded the popular dog-walking app Wag. They have since raised nearly $100 million to fund the expansion of their rentable e-bike service.

How to get customers, who often take scooter rides impulsively, to wear helmets has been one of the more intractable problems of the shared electric scooter industry. According to a recent study, only one in 190 people injured while riding e-scooters was wearing a helmet. 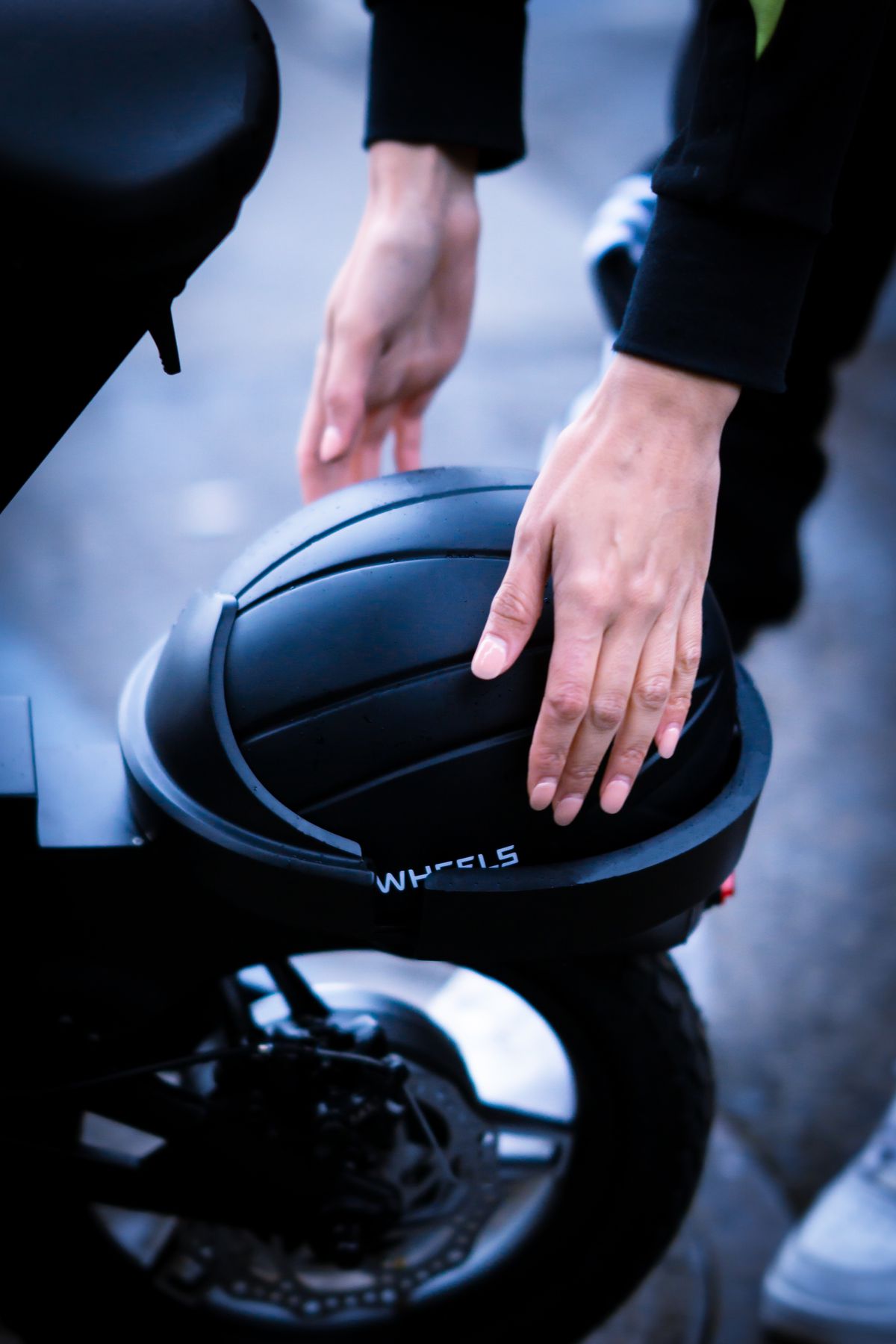 Recently, e-scooter startup Bird said it would start giving out free rides to customers who take selfies of themselves wearing helmets in an effort to promote safety while riding electric scooters. Revel, an electric moped-sharing business with operations in Brooklyn and Washington, DC, has a similar setup as Wheels with a helmet locked in a cargo compartment in the back.

Researchers calculated that there were 20 individuals injured per 100,000 e-scooter trips taken during a three-month period in Austin, Texas. As scooter companies grow, the need to ensure that customers are taking their own safety into account has become a central challenge.

The debate over helmet use is heating up after a federal safety panel recommended mandatory helmet laws for all 50 states. While helmets have been shown to reduce traumatic brain injuries, requiring their use has also been proven to discourage cycling. Most experts agree that the best way to protect bike and scooter riders is by building protected infrastructure, reducing car speeds, and supporting policies that improve road safety for all users.