The US Soccer Federation has huge cash assets but it may need to drain that fund with lawsuits looming, and the men’s team in need of revival 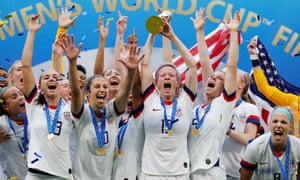 n 2000, the US Soccer Federation was on shaky financial ground. A couple of business plans list ambitious ideas to build the sport in America while reining in expenses to balance against projected revenues around of $30m. The effort worked, and the sport’s American overseers doubled their assets to $14m.

As of March 2018, according to the Form 990 filing required of nonprofits, the federation’s assets are $162.7m. Roughly a third of that money is from the one-time windfall of hosting the 2016 Copa America Centenario, but US Soccer still brought in more than $120m in revenue in the fiscal year ending 31 March 2018, the same fiscal year that the men’s national team flopped in World Cup qualifying.

So where is that revenue going? And where will those assets go? And can US Soccer even make substantial spending plans while facing lawsuits that cost plenty of money to defend and may cost more to settle?

On Friday in Chicago, the federation’s board will tackle those questions in earnest. The budget is the big-ticket item on a meeting that may attract the largest crowd for its public session since US Soccer’s 2018 presidential election, in which Carlos Cordeiro won the right to succeed Sunil Gulati.

Another election is looming this time around. Cindy Parlow Cone, a Hall of Fame player with experience on the federation’s many committees and task forces, replaced Cordeiro as vice-president and is expected to run again for the position. She’ll likely face John Motta, who has an outsider’s reputation despite holding the VP job from 1998 to 2000 and serving on the federation board in recent years. The election won’t attract the same frenzy as the 2018 free-for-all, but it will be a gauge of how members feel halfway through Cordeiro’s first term.

Also looming is a pivotal decision on a replacement for longtime CEO Dan Flynn, who saw the federation build that giant nest egg while maintaining the world’s best women’s soccer team, partnering with Major League Soccer from near-extinction to hundreds of millions of dollars in expansion fees, and having sporadic successes in men’s soccer.

But the men’s team is fighting to regain the public’s faith after missing out on the 2018 World Cup, youth soccer is stagnant, and the youth national teams are struggling (yes, even in the vaunted women’s program). Naming a new CEO to tackle those problems and oversee new spending should have been easy – Flynn has been planning to retire for quite a while, and he had a longtime deputy who seemed ready to assume the role. But that deputy, Jay Berhalter, was the subject of scathing anonymous reviews posted at career site Glassdoor and matched by sources in a New York Times story, and he happens to be the brother of men’s national team coach Gregg Berhalter.

So far, though, the plans to remedy US Soccer’s problems have been vague. The federation has increased spending in several areas – referee programs, the US Open Cup, other national teams such as disability soccer and a new women’s beach soccer team – but they don’t add up to tens of millions. The biggest tangible bulking-up is in coaching programs, where a new emphasis on grassroots education has helped push spending to $9.7m this year, more than triple the same figure from eight years prior and and roughly $6m more than the programs’ revenue for the year.

The elephant in the boardroom: the national teams are asking for a lot more money – one of them (the women’s team) in court, the other (the men) in negotiations to replace a collective bargaining agreement that expired at the beginning of the year. And the women are seeking a substantial amount of back pay, with lawyers and accountants locked in a mathematical melee.

The women’s team’s lawyers and advocates say the women get as little as 38 cents to every dollar the men make. Cordeiro released an open letter rebutting some of that storyline, and the federation’s figures are technically correct, but it’s tough to fight an ongoing battle of contrasting data points while the women take full advantage of their immense popularity.

Recent “equal pay” deals in Australia and Norway have further boosted the women’s narratives, but the total compensation and still-inequitable World Cup bonuses would certainly not satisfy the women’s team. The definitions of “equal pay” and “back pay” remain elusive, which is why the sides have not yet been able to shake hands and announce a deal.

In the meantime, US Soccer is spending several million dollars a year in legal fees. In addition to the women’s team, the federation is facing lawsuits involving a host of parties: former US women’s goalkeeper Hope Solo; the deflated NASL; youth soccer clubs seeking training compensation; Relevent Sports, a promoter of international games; and more perplexingly, the US Soccer Foundation, the charity and advocacy group that was originally funded by the USA’s surplus from the 1994 World Cup.

“We have quite a bit of lawsuits,” Motta said. “As a businessman, I believe you settle disputes in the boardroom and not the courtroom. 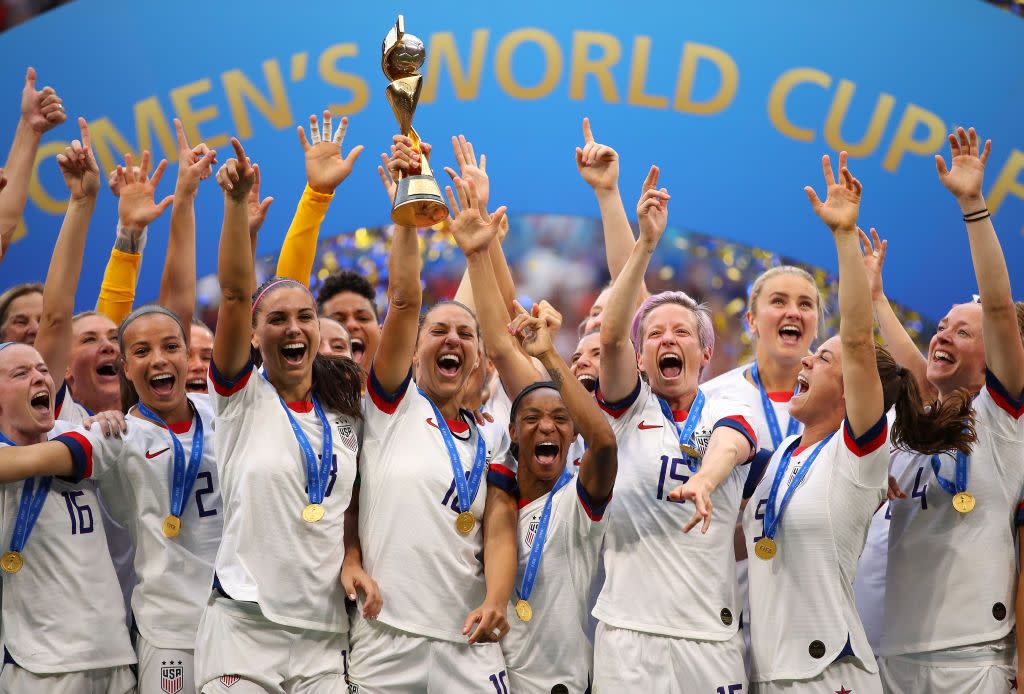 US Soccer’s staff has grown to keep pace with the influx of revenue. Salaries and other compensation, which include national team pay, stand at $36m, twice what they were in the 2012 fiscal year. Flynn’s salary sailed north of $800,000. Jay Berhalter’s total compensation is around $600,000.

The federation also broke the bank when it hired Jürgen Klinsmann to coach the men’s national team in 2011, and in the process left itself open to more charges of gender inequity. In 2018, the federation paid more than $5m in total to four men’s coaches – Klinsmann, his replacement Bruce Arena, interim coach Dave Sarachan and former assistant coach Andreas Herzog. Women’s coach Jill Ellis, who would go on to lead the team to their second straight World Cup victory, earned $291,029 before bonuses.

Meanwhile, the needs that were laid bare during the 2017 men’s World Cup qualifying failure and were debated in US Soccer’s 2018 presidential election have not been publicly addressed. Lower-division professional soccer remains volatile. Youth soccer needs investment to reduce costs and other barriers. Then the federation needs greater scouting and coaching outreach to identify and develop players.

On Friday, we may see some answers. We’ll surely see more debate.